Ghost of Tsushima & Becoming The Monster of Legend | Snapshot

I gotta say what I respect about Ghost Of Tsushima is that every misson and destination you embark on feels unique. Sure the characters are amazing and its presentation quality is downright insane. But! I remember when the wife of a fish village told me some bandits killed her family. I thought it was a simple side mission until I found out that she was sleeping with one the bandits and basically got betrayed. So her husband, parents and children all got killed because of her. I came back to the fish village to find out that she had jumped into the river and drowned herself.... This game is raw af boi's!

Fucking hell man, no homo but that was absolutely fucking beautiful. You make me want to go back and replay the entire game from start to finish. Great video! Although I also would like to add something. When Jin officially becomes the "Ghost", he becomes the embodiment of fear and yet people will follow the Ghost and not Jin Sakai. It's like even though they are the same person, they are two completely different people. One believes in honor, tradition and courage, the core things that make you a Samurai. To become royalty and have people kneel at your feet, the peasants kneel at your feet. Though, the Ghost is something different. Those three principles do not apply to him, his unpredictable nature strikes fear into the hearts of his enemies and he will do whatever it takes to get what he wants or what he wants to achieve. Instead of peasants bowing to him, they follow him and see him as a true leader. During the end mission however is when I feel Jin finally manages to get a hold of both his personalities. He knows when to channel the Ghost and when to become Jin Sakai. Eventually, despite what Lord Ishikawa said, the Ghost did not engulf Jin. He managed to stray clear from the path of darkness and channel it only when necessary, which makes the choice for the ending all the more baffling.

Ghost of Tsushima is easily my GOTY. Also this is what I wanted Assassin's Creed to become. Such a waste of a franchise.

Commenting to say I love this series, but since I've not gotten to the mission this video's about yet (thanks to a combo of college and work), this'll go into my Watch Later queue!

Beautiful video for a beautiful game.

Easily GOTY in my book.

I think the Ghost Stance should've unlocked later in the game, like maybe after Jin has been exiled. It does fit where it is, but would've been even more epic after Jin has gone through hell (AGAIN) and has quite literally had enough

Easily my favorite moment in the game, and the visit his home mission

This is the good take.

Best mission in the game

Excellent description of this mechanic and it's dramatic impact on the storytelling. They really knocked it out of the park with GOT. 😊

Thanks for watching, Kenneth!

I was extremely excited for Assassin's Creed Valhalla but after playing this game I just know it will not even come close to being as good.

Imagine being excited for a ubisoft game in 2020

Ghost of Tsushima is my goty so far this year. The initial game was already amazing but the addition of a fun co-op multiplayer and a new game+ option has really set it up as a tough one to beat this year.

Wow, what an interesting breakdown!

First time watching the Snapshot series, and now I'm going to watch the rest of them! Awesome job!!

Welcome! Glad to hear that you liked it!

I am really liking this series more and more.

Thanks so much! It's been a blast revisiting these moments from so many awesome games. 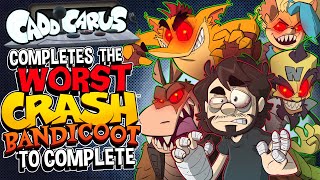 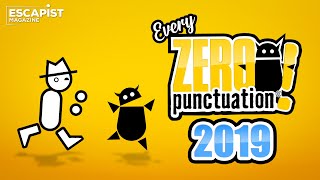 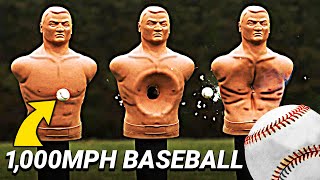 The Journey for the Rarest Item in Demon's Souls

Dear Riot Games, This... is why people hate your game.

7 Bosses Who Beat Themselves For You

I knew W2S was IMPOSTOR in just 5 seconds for this to happen afterwards...

Among Us But I Frame Crewmates